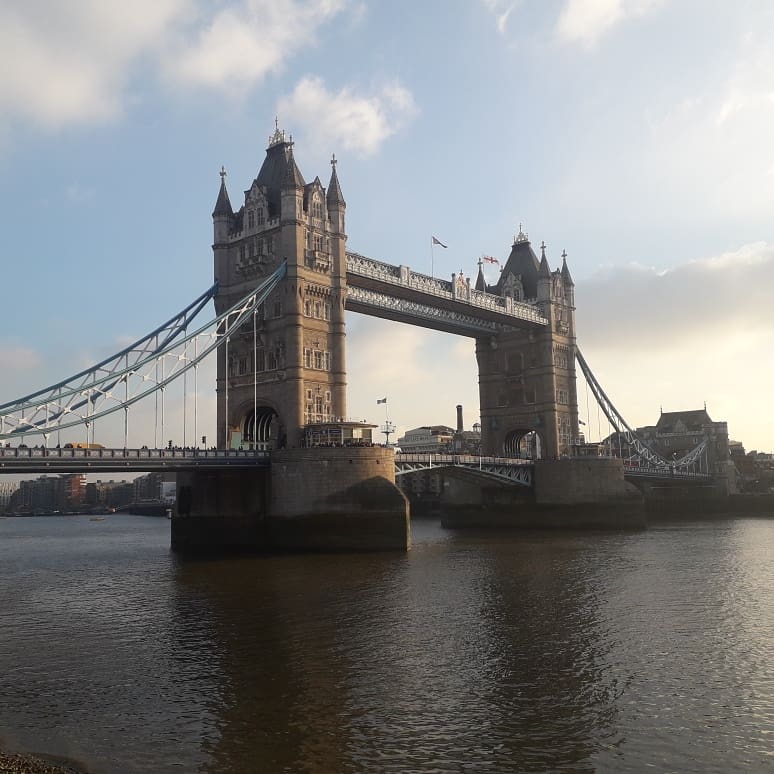 I cannot imagine the long stay in the United Kingdom without visiting its capital, so I planned a trip to London since the beginning of the semester. Located more than 500 kilometers south of Glasgow, bus or train trip to the capital takes at least 8 hours. Flight is, of course, faster, but also more expensive. For example, I bought night bus return tickets and they cost 36 pounds while it is possible to find them for 30 pounds and even cheaper. Plane tickets usually cost 70-80 pounds in one way, however, very cheap 20 pounds can be found on some discount sites.

I planned 3 days for visiting such a big city also because of the fact that I will be really exhausted after night in a bus where you cannot sleep normally. Besides, London is such a big city and at least several days is needed to feel it.  I booked a cheap hostel in Kensal Green district for 2 nights; it was around 23 pounds, so I thought it was a good deal. Yes, it was, but it looked like a real shelter for the homeless – mud everywhere, dead smell – I was the only who used a shower during my 2 nights among my roommates. At night in my room there was a natural roar of engines – my neighbours snored so loudly, complementing the cacophony with other unpleasant sounds. I feel as if I was again in the army barracks.

Nevertheless, a quite funny accommodation was unable to destroy my expectations of the city. At the entrance to the city, I noticed a painfully familiar picture – hundreds of cars in the London suburbs in the morning, even at 6 am. I live in Moscow suburbs and that picture was the same as at my home. The second point, which was the similar – the overcrowded streets. Officially, London has approximately 10 million inhabitants, but I think that number is no less than 14 million, mostly because of migrants. About them – even my English friends told me that London do not consider English city anymore, it is the international financial and infrastructural hub now. Sometimes I thought I was somewhere in New York, a lot of office buildings and people from all parts of the world – I had seen that picture only the Hollywood movies! However, next to modern buildings organically looked buildings of the Victorian era, when London was very rapidly developed. Even there is office complex in front of one of the main sights of London – the Tower Bridge. Throughout the city there is this combination of old and new and I liked it.

Unfortunately, London is an extremely expensive city. My friends in Glasgow told me that if my room in a student residence cost 500 pounds per month, in London it would cost 1000. The normal portion of food (normal for an adult guy) cost at least 8-9 pounds while in Glasgow I can eat the same for 5-6. One-day ticket for all city transport cost 18 pounds, however, if you have a credit card with contact system, you can use it and travel as much as you want and pay only 7,5 pounds per day (life hack). Logically, if the prices are so high, the salaries should be the same, and that is true, wages are big and this is why there are so many migrants in London. Some other numbers – a student ticket in Westminster Abbey cost 17 pounds, it is extremely expensive for people from other countries. And for such a price you are not allowed to take photos! Of course, I broke that rules and tried to make time secretly, but, I don’t know why, the SD-card in my phone had begun broken and all files were gone. Despite of that fact, I returned and took some photos because it was very beautiful inside. Thank goodness that other museums, such as the British Museum and National Gallery were free during the weekend, it was a big pleasure for me to visit the historical museum ( I like history more than arts).

I think my trip was lucky, even I spent a lot of money there. If you haven’t been in London yet, you better visit it 😉

Meanwhile, a big and hearty congratulations to the

Hallo!!! 👀 ta-da! we are interrupting your dail

In Glocal, we go by saying "work hard, party harde

Being a GLOCAL student means you get to know and h

Can you smell the fragrance of spring just by look